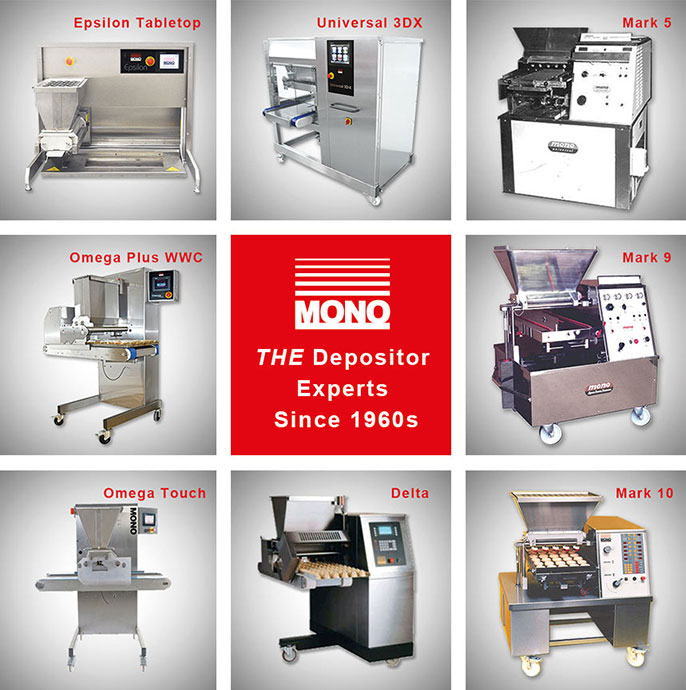 The 1960's was a decade like no other; bursting with a vibrancy, creativity and a sense of freedom which encouraged experimentation in almost all areas of design, the arts, music, fashion and business.

His ingenuity and passion for invention resulted in the creation of MONO first ever Confectionery Depositor; a machine which has been emulated across the globe ever since.

Ayres continued to improve on this original design culminating in the launch in 1969 of the MK 5 confectionery depositor featured below.

Today, the MONO brand is still synonymous with depositors and our latest edition, the Universal 3DX with its X & Y axis movements & 3-colour depositing, is a real triumph of innovation of which even Ayres would be proud.